The 2014 RIFGC Standard Flower Show –It’s All About Time, is over! From all accounts this was a wonderful show and I am so grateful for the support I received from our federation members especially from the Barrington and Hameho Garden Clubs. They were there from start to finish. Thank you Adelaide and Peter Clifford, who set up the Horticulture stands as they have done for the past several years, and they were there to take them down and to help with the huge job of loading all the staging into our U-Haul and then carting it all into our storage locker in Cranston.

Congratulations to Pat Grattan, Joan Haas, Katy Wardlaw, and Blakely who created the Vignette “The Lone Ranger” it was fabulous, they deserved to win the Blue Ribbon and the Club Competition Award – an exhibit must receive 95pts or above, to win an NGC Top Exhibitor Award! Katy created a beautiful floral design, which was a requirement for the class. The other components went together so well, and at the last minute they put up ‘Wanted’ posters of Sandi, De, Adelaide, and me!! We knew nothing about them beforehand, but what a lot of fun they caused!!!

Congratulations to Blakely who placed 2nd for her design which had to include a car part(s).The Horticulture Division was a big surprise to all of us, as on that snowy Tuesday we received 198 specimens. Sandi Tinyk was the Horticulture Chairman. She won a Grower’s Choice Award for her beautiful orchid. Pat McWey also won a Top Exhibitor Award, the Award of Merit for her gorgeous Amaryllis. Sandi won three more ‘Blues’ for her exhibits, Katy won four, Doris Stephens and Pattie Mitchell each won a ‘Blue.’ There were 34 Hort. entries from Barrington GC. Wonderful!

In Special Exhibits, the Barrington children did very well with their decorated clocks, there were 93 clocks altogether, and lots of ‘1st's and 2nd's. There were four 1sts and three 2nds and well done Xan Maddock–Mark who won an NGC Youth Award for a lovely pinus strobus branch. I received a 2nd place for an Educational exhibit “Now is the Time to Join a Garden Club” 70+ people requested information about joining a club. The Artistic Craft Section was incredible. A necklace made entirely of plant material won the top award, there was also a class of cocktail purses, and another of evening gowns, which were very impressive too. All were made predominately of plant material.

Again, many thanks to you all, the show was a success because everyone pulled together to make it happen. I sincerely appreciated the enthusiasm and excitement that was evident as the show came together. 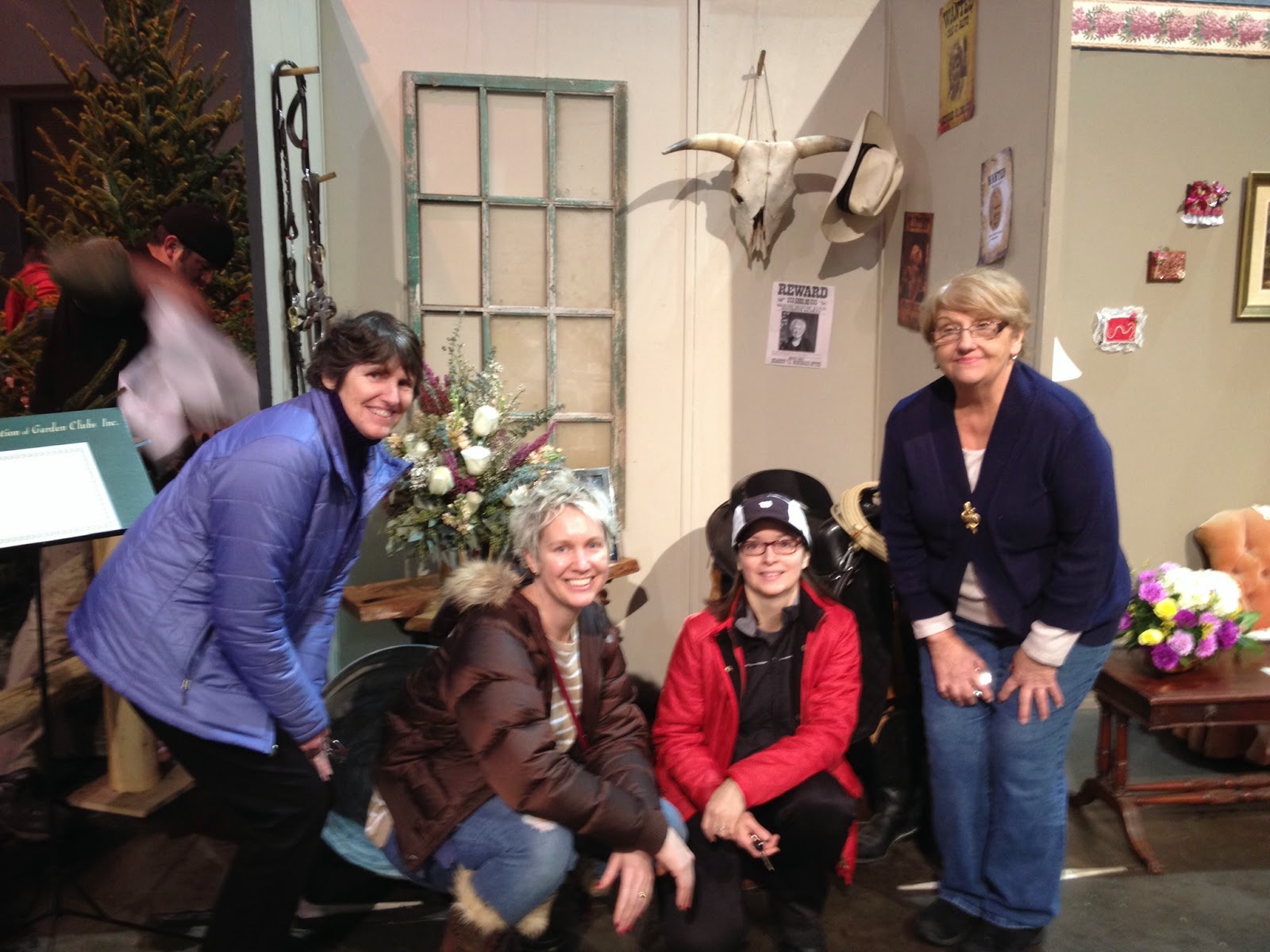 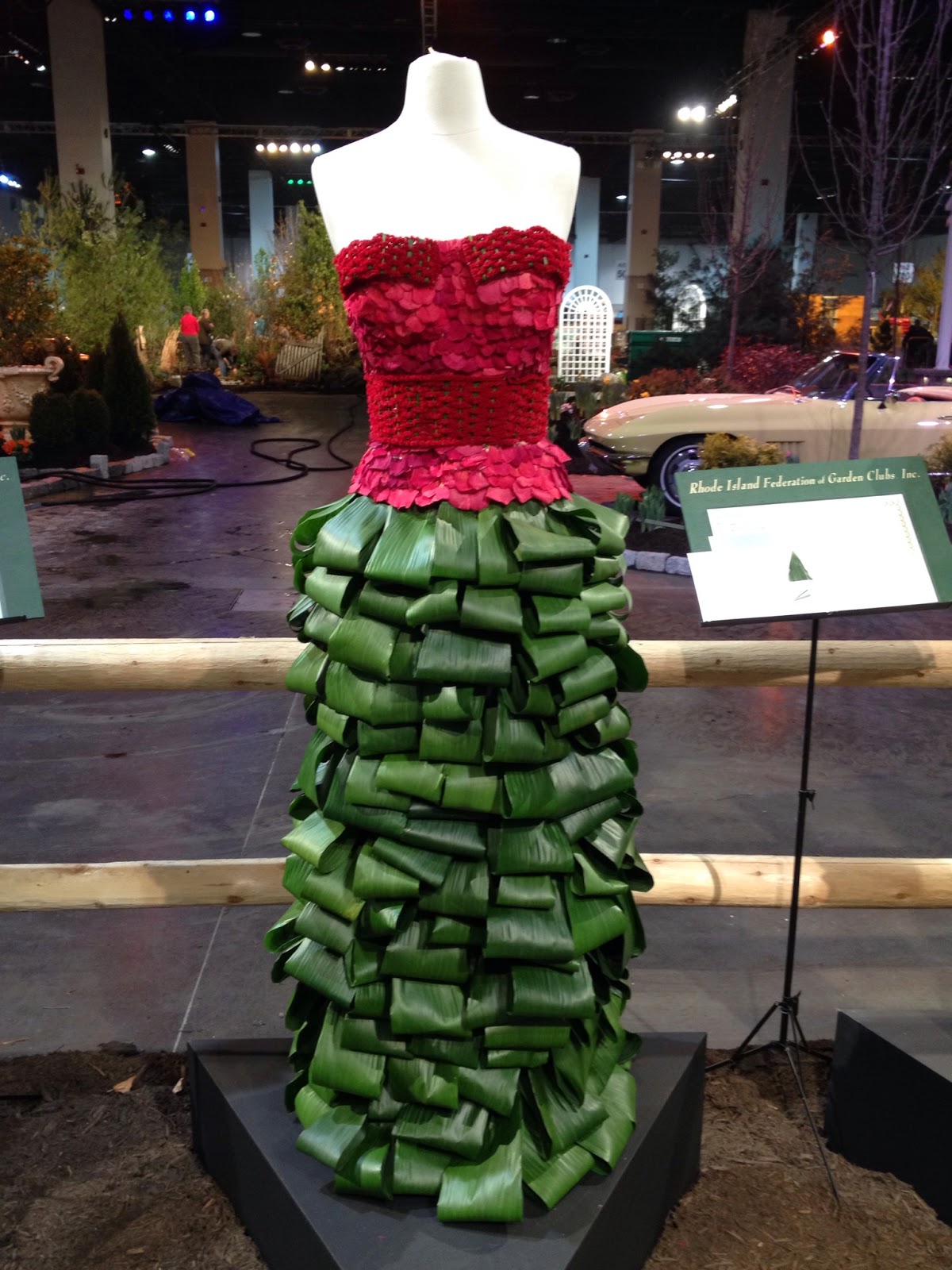 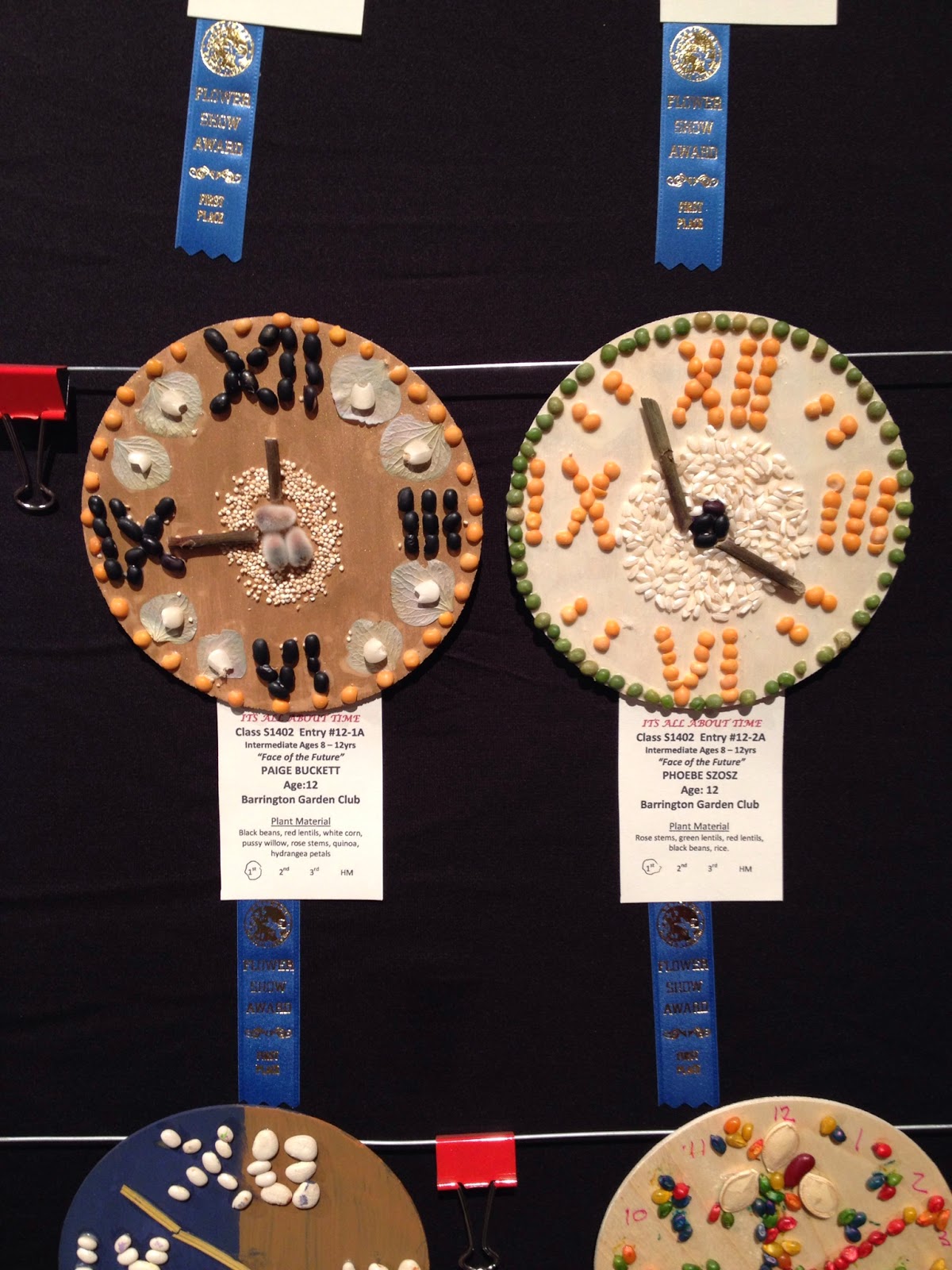 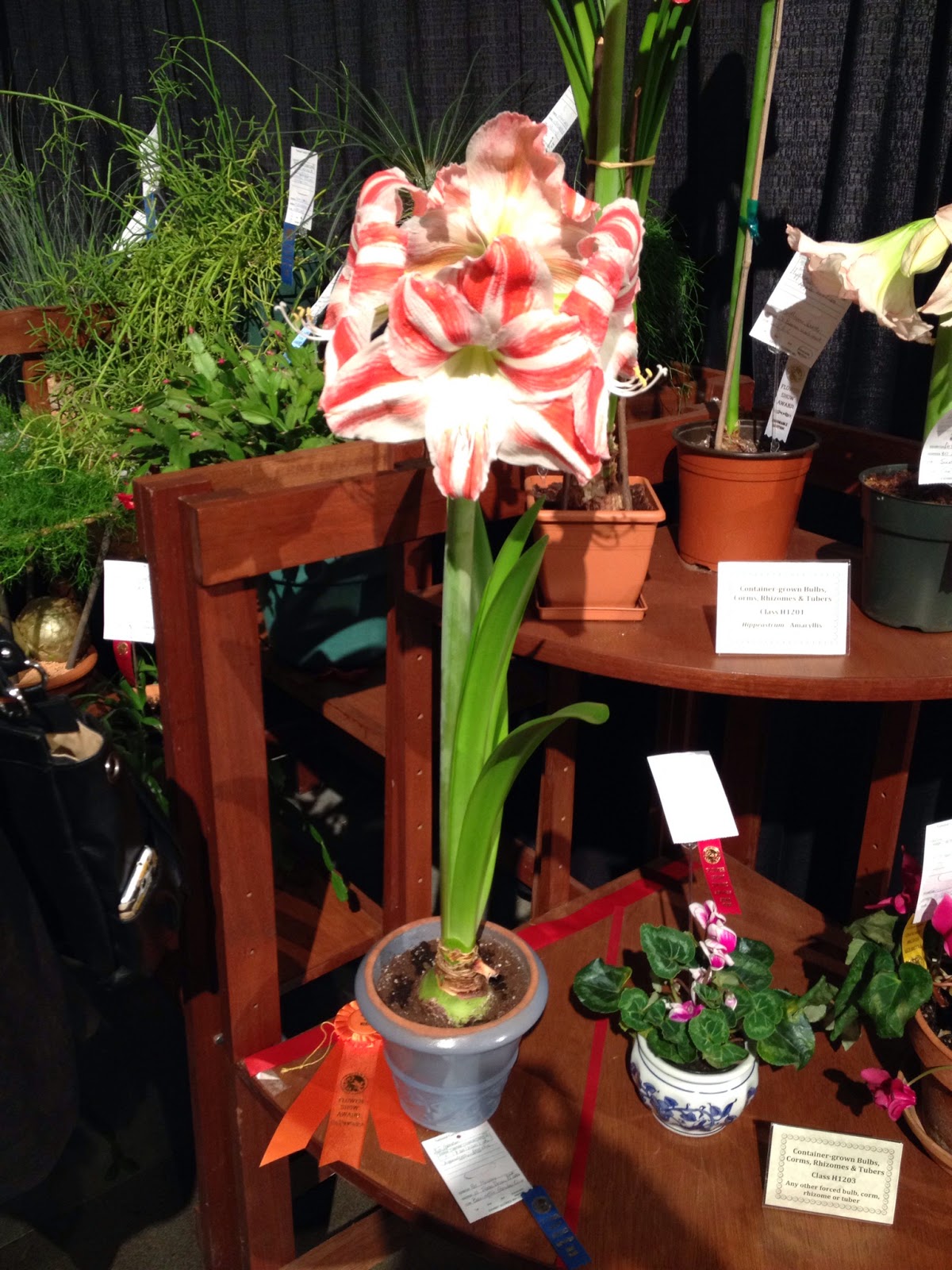